Home » Group » Organisation » Board of Directors

Rentabiliweb joins the best governance practices with a Board of Directors made up of competent, emblematic personalities such as Eric Licoys, Gilles Lioret and Jean-Marie Messier.

The Board of Directors of Rentabiliweb is made up of 7 members, 3 of whom are independent. This is a sign of Rentabiliweb’s desire to continue to implement the best practices in terms of corporate governance. The directors are appointed by the General meeting of shareholders for a term of one year.

Jean-Baptiste Descroix-Vernier Chairman of the Board

Corinne Chatal Vice Chairman of the Board, Managing Director 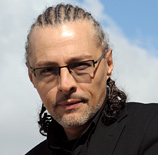 Chairman of the Board

Coming from a modest background, with a mother who was a schoolteacher and a father who was a writer and beekeeper, Jean Baptiste Descroix-Vernier is a person known for his discretion, his altruism and his passion for the Internet. He lives secluded on a houseboat, near the entrance to Amsterdam’s industrial port, from which he runs all of his businesses.

After obtaining a law degree, a Master’s in Business Law, a post-graduate degree in Company Tax Law and a postgraduate degree in Corporate Legal Advice (DJCE), he joined the Bar of Lyon where he worked as a corporate lawyer specialized in company bankruptcy. He then founded an international law firm, which he sold in 1999.

Jean Baptiste Descroix-Vernier resigned from the Bar of Lyon to become project manager for the Hélios Groupe, which he helped to merge with LC-Développement, a new entity which one year later became Newtech Interactive.

Jean-Baptiste Descroix-Vernier remained Director of the Newtech Group until 2000, when he became Director of Publication and Chairman of Bourse Magazine. The magazine was soon sold to Robert Lafont (Entreprendre Group) in 2001.

In 2002, Jean Baptiste-Descroix Vernier founded Rentabiliweb, a company that has become a key player in the European Internet sphere by inventing a new business: audience monetization.

In less than ten years, the Group has become one of France’s greatest Web success stories, with over 250 employees, nearly € 100 million in income, offices around the world and stock market valuation of around 170 million.

The Rentabiliweb Group applies the principles of the UN Global Compact. Its French branch was the first Internet company to be accredited by Banque de France to become a “payment institution” and in June 2011 the Group joined the CB Bankcard Group alongside the leading names in the industry.

Jean-Baptiste Descroix-Vernier started the Descroix-Vernier Foundation, a humanitarian organization that assists people in situations of great material, physical or moral difficulty. The Descroix-Vernier Foundation is involved in projects such as building wells in Africa alongside Hydraulique Sans Frontières, supporting research against Alzheimer’s disease alongside Dr. Etienne Baulieu and creating centers where homeless people can store their possessions in cooperation with local non-profits in France’s major cities. The Foundation also carries out various activities to benefit animals.

Jean-Baptiste Descroix-Vernier is Director and Chairman of St. Georges Finance, the majority shareholder in Rentabiliweb Group, and has various responsibilities within the Group, including as Chairman of the Board.

Jean Baptiste Descroix-Vernier is a founding member of the French National Digital Council (named by a decree of the French government on 27 April 2011). 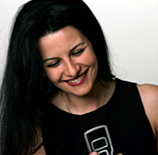 Vice Chairman of the Board, Managing Director

Prior to founding Rentabiliweb with Jean-Baptiste Descroix-Vernier in 2002, she spent 9 years with an international pharmaceutical company, Merck Lipha.

With an international background, Corinne Chatal quickly ensured her key role within the Group and was appointed Vice Chairman at the end of 2005.

From the outset, Corinne Chatal contributed to the whole of the team with her “organised dynamism” and “feminine rigour”. She was therefore given responsibility for relations with telecoms operators in the different countries and key accounts, then Group development.

Under her influence, processes have been structured, enabling services to be opened up to individuals, the launch of the central advertising platform and the internationalisation of SMS products.

In 2005, she also assumed management of the company for all French-speaking markets and was appointed Head of operational synchronisation between the Group’s various subsidiaries. 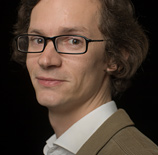 Thibaut Faurès Fustel de Coulanges is a member of the Board of Directors and Managing Director of Rentabiliweb Group. Since 2007, he has held the positions of General Secretary and in this capacity, Compliance officer of the company.

He works in close cooperation with the Chairman and Vice Chairman, acting as their right-hand man in all matters of communication, both internal and institutional.

He is in charge of ensuring the implementation of the operational strategy defined by the Group’s Board of Directors. He is also in charge of presenting all the Group’s activities to future prospects and investors. 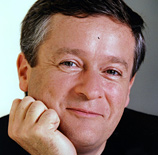 Jean-Marie Messier began his career in 1982 as Finance advisor before becoming Technical Advisor for privatisation in Edouard Balladur’s cabinet. In 1989, he worked as a merchant banker for Lazard Bank During the 1990s, he took up chairmanship of La Compagnie Générale des Eaux which he renamed Vivendi Universal in 1998. Jean-Marie Messier was responsible for the restructuring of the two main divisions Vivendi Environnement and Vivendi Communication which included Cegetel, the first French private operator. His experience in the Press division of Vivendi Universal, his understanding of the Internet market and his experience in business make Jean-Marie Messier a key figure in Rentabiliweb’s Board of Directors.

He is famous for his quotes:

Jean-Marie Messier is a graduate of the École Polytechnique and the École Nationale d’Administration. He has sat on the Board of Directors of Rentabiliweb since 2007. 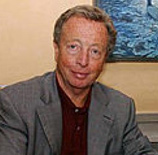 Eric Licoys has managed or chaired several funds over the last 20 years, particularly the Lazard group’s Fonds Partenaires from 1990 to 1995 and the Compagnie Financière Barclays between 1982 and 1990. He was an associate at Lazard from 1995 to 1997, Managing Director, then Chairman of Havas from 1997 to 2002 and Managing Director of Vivendi from 1999 to 2002. Eric Licoys has also chaired the French Private Equity Association (AFIC). In 2002, Eric Licoys joined the Moniteur group, publisher of journals and professional services (websites, software, databases) for the construction trade and local authorities, as Chairman of the Supervisory Board from 2009.

He left this position in 2010 and joined the Board of Directors of Rentabiliweb.

Eric Licoys graduated in economic sciences from the Institut d’etudes politiques (IEP) in Paris. He was appointed Knight of the Legion of Honour (Chevalier de la Légion d’honneur) and was awarded the Order of Arts and Letters by the French Republic. 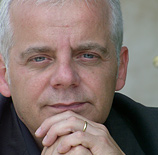 Gilles Lioret has developed important expertise in Europe in new technologies and more particularly in the fields of mobile telephony, Internet and interactive digital TV.

He began his career in 1984 by participating in the creation and development of SMEs and SMIs within the group Infogrames. These developments led him to carry out external growth operations, asset disposals or acquisitions, and operations to strengthen the capital base.

In 1998, he launched, then managed Gameone, the first digital TV based on video games.

Since 2008, he has chaired i-face.fr, helping entrepreneurs of innovative companies to identify and develop their new markets.

In 2009, Gilles Lioret was appointed Managing Director of the Numerix group, the first French integrator of digital medical imaging technologies.

Gilles Lioret is a graduate of CESMA and MBA EM Lyon. As a manager, expert in digital leisure and strategic marketing specialist, the Board of Directors of Rentabiliweb has welcomed him since 2006. 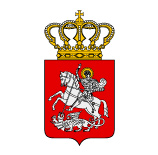