B to B segment:

B to C segment:

Key figures for the 2014 financial year 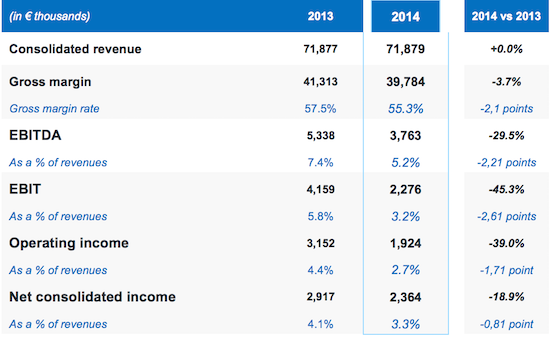 Regarding these results, Jean-Baptiste Descroix-Vernier, Chairman of the Rentabiliweb Group, stated: “2014 was a turning point in more than one way. First of all, the B to B segment’s revenue is higher than that of the B to C segment. And then, since November 2014, the B to B segment’s EBIT has been positive, thereby confirming the relevance of our positioning on B2B solutions. Our customers are choosing our services since they combine marketing expertise (data management) and data expertise, thereby helping them to increase their revenue. Still true to our DNA, we’ve self-financed the necessary investments, while remaining profitable.”

In 2014, the consolidated revenue is equal to €71.9 million, stable relative to FY 2013, even though the Group’s business model was significantly modified, with the ramp-up of the B to B segment. The latter is taking up the baton from the B to C segment, in which the revenue is declining as anticipated. It nevertheless continues to generate free cash flow, and is allowing the Group to self-finance the significant investments needed for the development of the B to B segment.

As expected, the Group’s consolidated EBIT in 2014 is down by 45% relative to its 2013 level, and includes non- recurring operating expenses related to the internationalization strategy for its activities.

Finally, in the second half of 2014, the Group generated an EBIT higher than in the first half of the year (€1.2 million and €1.1 billion, respectively).

B to B segment: continuing revenue growth

Because of the investments made by the Group for the roll-out of its e-money offer, the B to B segment’s EBIT stands at €1.8 million.

These investments started bearing fruit as of the second half of 2014 with, starting in November 2014, a positive EBIT across the division.

B to C segment: EBIT conforming with expectations: €8.1 million

This strong profitability allowed Rentabiliweb to self-finance the investments needed for the roll-out of Be2bill, while still managing a largely positive overall profitability level.

2014 closed for the Group with a continuing solid financial situation, with no indebtedness and with consolidated equity equal to €73.5 million. 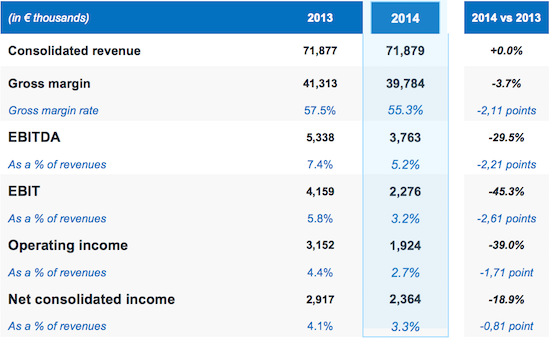 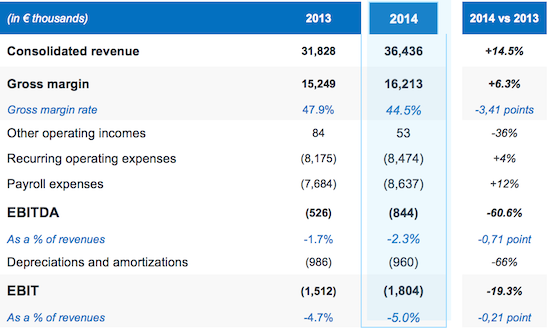 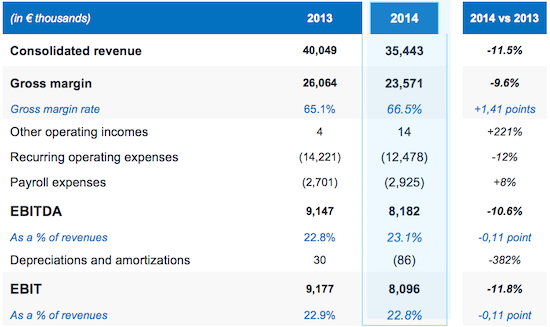 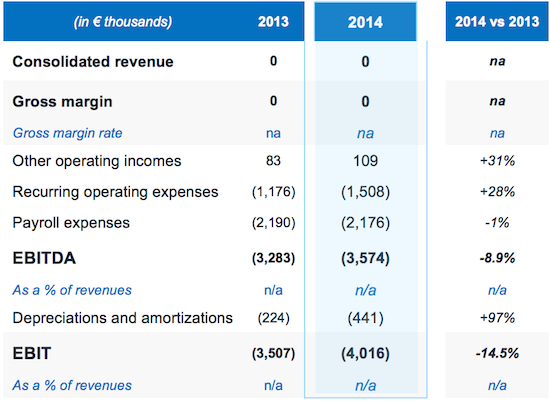 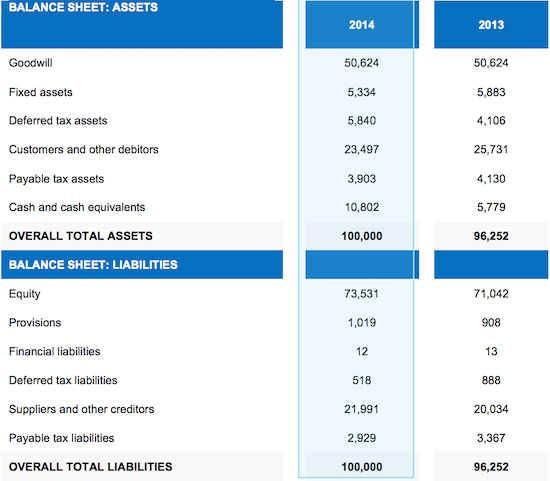 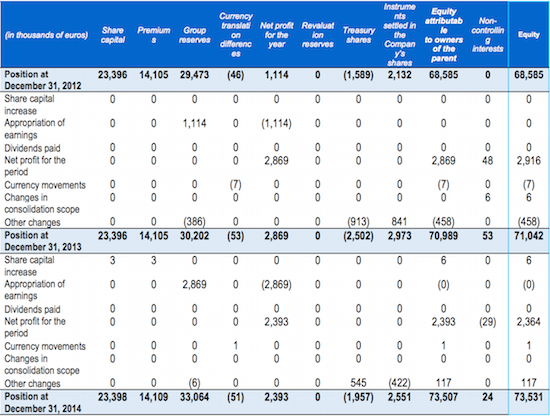